This year’s AGM was held on Saturday 28th May 2016; attendance numbers were up on previous years with about 25 members present. The new venue, the Eastlake Football Club, proved to be successful and most attendees stayed on for a convivial dinner and a few drinks. The night seemed to be very successful and it is proposed to repeat the performance next year. We might also think about an “end of season” function – the same sort of informal dinner format – in September or October. The meeting date clashed with a Brumbies (world renowned ACT Rugby Union team) game which meant some members had to leave early. We will endeavor to avoid this problem next year. Our secretary Matthew has circulated a summary of the AGM proceedings. Any members who have queries of comments feel free to email or phone the chairman or one of the Board members. Contact details are on the web site.

The 4th of July 2016 is the fortieth anniversary of the official opening of Doorack Lodge. 40 years of fantastic winters (and this one is shaping up as one of the best). That’s about 110,000 winter season bed-nights. Every one made possible by the very hard work put in by the original members, who built the building, and by the work and dedication of innumerable committee members and work party participants ever since. Thank you all very very much. Those of us who will be at the lodge on the 4th will be drinking your health.

Many SRSC members have skied overseas; those who haven’t probably want to, and those who have probably want to go again to new and exciting places. When you are thinking of going a great source of information is people that you know, who have been there and done that! The Snobounds editorial team would like to tap into the great world-wide skiing knowledge base of our membership, and share it around. So, if you’ve skied outside Australia recently we’d love it if you could share your memories to help fellow members. Any information provided will be published in future editions of Snobounds. The info you provide can be as simple as a few comments on where you went and how you rated it, to as much detail as you like. Ideally also a phone or email contact so that members interested in going to the same place can get the real low-down details on where to stay, where to eat and where the best runs are. An email in reply to the email to which this Snobounds is attached is all that’s needed.

We’ve been there twice in the last 5 years, the second time because we enjoyed the first so much, and would happily go again. Since our last visit Park City Resort has been connected via a Gondola to the adjoining Canyons resort, providing a massive total ski area. It is now owned by Vail resorts, so your perisher annual pass will (apparently) work. 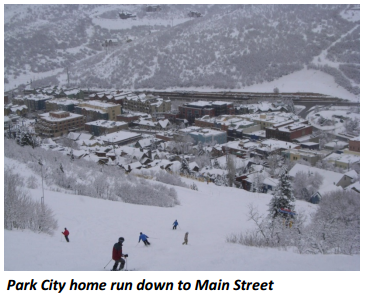 In our last edition we reportred on the pundits forecasts that 2016 was looking to be an El Nino year – which wasn’t really good news for skiing.
But we remained hopeful and guess what – 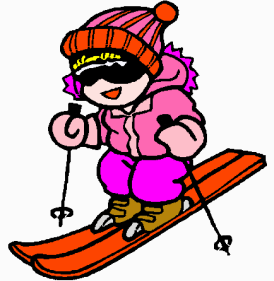 It looks like we can finally say goodbye to El Nino and possibly look to see a La Nina pattern emerge later in the season as surface temperatures across the Pacific have cooled significantly . But for the time being we are in a nuetral (ENSO) state, which is positive news for the snowfields with cooler nights expected and less warmer airflows from the north to the mountains.

The deck extension work to take the deck around the corner of the lodge in front of the kitchen, renovation of the two fire escapes on the northern wall, and installation of a new and larger window in the north wall at the mezzanine level, is mostly complete. The only outstanding item is the new window, delayed till next summer because it has to be imported from Europe. The deck extension provides a terrific place for sitting outdoors, sheltered from the southerlies, and in the sun. The Turnak lodge rebuild (next door) is mostly complete. Bigger better and all brand new inside and out.

It goes without saying that we all need to be extra careful when driving in the Mountains in winter – so please allow plenty of time for your trip and drive responsibly, and throw a shovel in the boot – very handy if you need to dig yourself out of the deep snow drifts that we are hoping for. We also believe that the road authorities have had a change of policy regarding the Link Road – the short cut to Smiggins – previously it has simply been closed from the official start to the official end of the season, now it will remain open when conditions allow.

At the end of this Snobounds you will find a sheet of parking tickets for use when you are at the lodge; obviously these are only for use by members and guests when staying overnight at Doorack.

And for those of you who are worried about global warming and rising sea levels affecting our skiing – there is a solution …..